This is a description of my work in Montreal at McGill University in 2018.

During the Winter 2018 semester, Gorka Espiau teaches a one-credit course in the School of Urban Planning at McGill University that demonstrates how social innovation, on the community level, contributes to the positive and systemic transformation of a community.Students are invited to challenge traditional approaches to innovation, which often rely on the myth of the “solo entrepreneur.” More specifically, they observe, through case studies and the studies of pilot projects carried out in Bilbao (Basque Country) and in Côte-des-Neiges (Montreal), the different ways in which community narratives are produced and captured, as well as reflect on how to co-create new initiatives or concrete actions likely to generate broad and inclusive benefits for communities based on story analysis. The course is thus designed to allow students to improve their ability to deconstruct the detrimental narrative that ordinary citizens are not perceived as “change-makers” or “innovators” and to explore various theories of change and innovative practices. 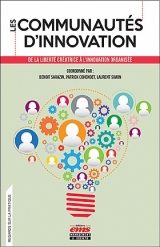 The CIRM Professor of Practice continues his collaboration with Hoi Kong (Faculty of Law, McGill) to publish a collective based on the series Montreal Manifesto for Social Innovation, three workshops that took place in 2017. The volume will be published in 2019. On October 13th, 2017, Gorka Espiau participates in a discussion on the book, Les communautés d’innovation. De la liberté créatrice à l’innovation, led by Richard Shearmur (School of Urban Planning, McGill), with Rami Bebawi (KANVA), Diane de Courcy (Je fais Mtl/City of Montréal), Zoé Gagnon-Paquin (Magnéto), Pierre Emmanuel Moyse (Faculty of Law, McGill), and Julie Aurore Rijpens (SIIL, McGill), in the presence of Laurent Simon (HEC), who co-edited the work with Patrick Cohendet (HEC), and Benoit Sarazin.

From April to June, CIRM and the Quartier de l’innovation (QI) are putting together a new kind of experiential meetings which address local innovative initiatives related to urban life. Shaping Neighborhoods: Experience and innovation is a series of “experience-conferences” that encourage communities in the city to (re)discover urban planning projects and to engage in conversations around community projects, university research, and municipal initiatives that are taking place there.

Collaboration with the McConnell Foundation

After having provided his expertise to the ethnographic work carried out by Amplifier CdN in the summer of 2017, Gorka Espiau is still contributing to the processes of innovation and social transformation underway in Côte-des-Neiges, due to to the commitment and vision of many neighbourhood actors, including the Table de quartier. In collaboration with Lyne Poitras and at the request of the McConnell Foundation, he has written a report that illustrates what concrete actions can be introduced into the neighbourhood ecosystem, stemming from ethnographic listening and responding to needs, challenges, and aspirations of the citizens.

The McConnell Foundation aims to share the acquired expertise on how social change is generated through the project Countless Rebellions, a series of interviews that explores social innovation and systemic change. Discover their interview with Gorka Espiau here.

The Observatory of Montreal’s Narratives

Gorka Espiau contributes to the conceptualization and creation of the Observatory of Montreal’s Narratives. It is a tool for analyzing, interpreting and visualizing narratives that can act as a positive lever for the social transformation for neighbourhoods and cities. The data will come from numerous collaborations established with the various community and municipal actors of the metropolis as well as the interdisciplinary research community. Gorka Espiau will participate in a series of Observatory design workshops during the academic year 2018-2019. He also continues to publicize the project abroad to build an international platform for learning about tools that could be useful for the transformation of cities.

Memorandum of Understanding: CIRM and the Agirre Lehendekaria Center

Through the work conducted at CIRM and at the Agirre Lehendakaria Center for Social and Political Studies in the Basque Country, Gorka Espiau facilitated the creation of a memorandum of understanding between the two centres as well as the Etxepare Basque Institute. Theses agreements are signed on April 20th, 2018, aiming to foster collaboration and cooperation between these institutions and their social innovation projects, comparing the case of the Basque Country and to that of Montreal and the province of Quebec. 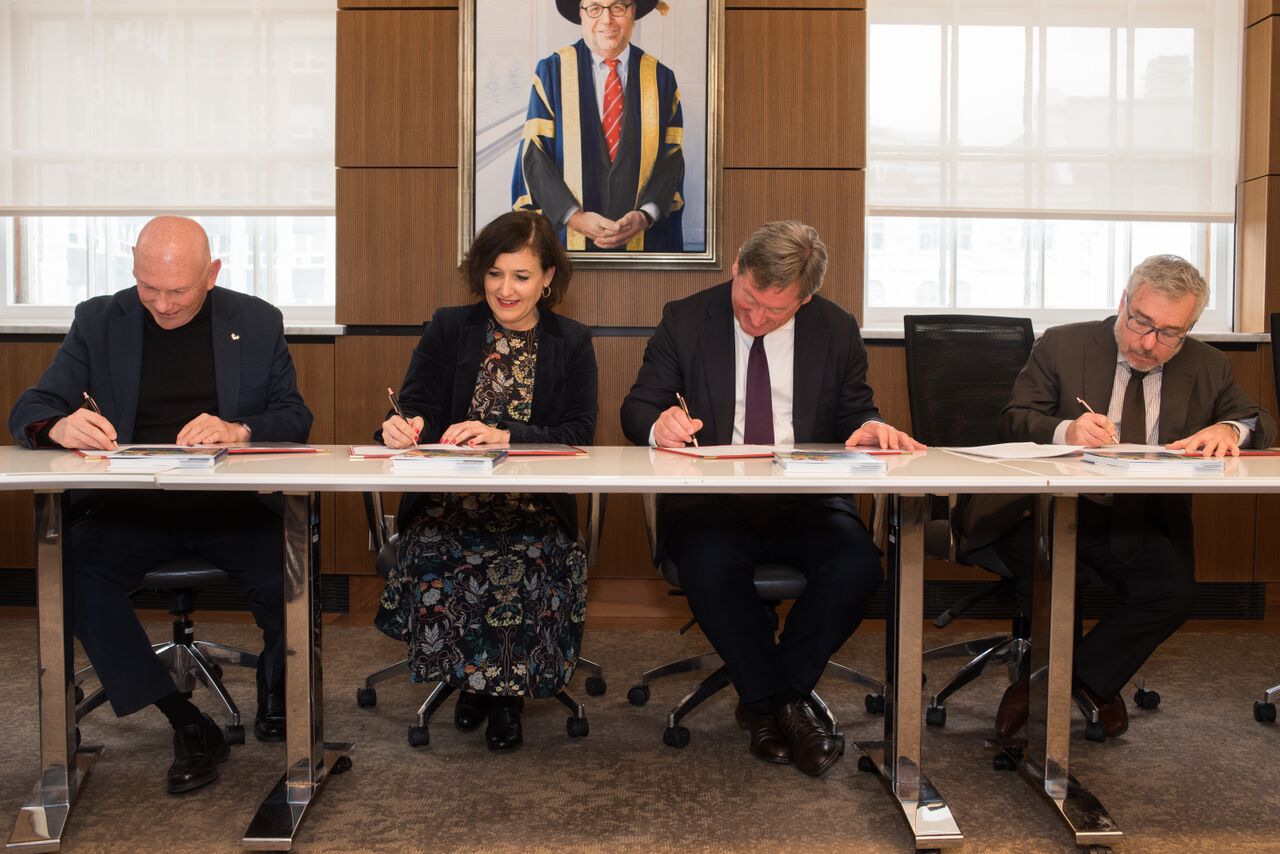 Signing ceremony of the Memorandum of Understanding, April 20th, 2018. From left to right: Mr. Juan José Ibarretxe, Ms. Irene Larraza, Mr. Bingen Zupiria, and Mr. Philip Oxhorn, respectively the Director of the Agirre Lehendakaria Center, the Director-General of the Etxepare Basque Institute, the Basque Minister for Culture, and the Associate Provost (International) of McGill University.